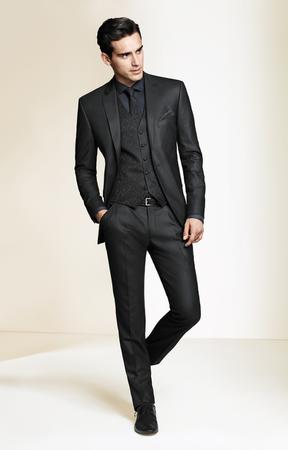 ﻿All guys love extra accoutrements on girls. Whether it is a necklace that dangles down pointing to her cleavage, hot heels accentuating her legs, or even a tongue piercing with which she could do naughty things, these little extra help a girl individualize herself and add a little flair to her outfit. Though men do not often think about such touches, women also look out for these extra bits on guys with which they can show a bit of personality and a bit of style added to a regular outfit. In particular, women love three things on a man…

Unfortunately, this is the part of an outfit that a man often neglects. Even if they have got the rest correct, they will chose their scuffed shoes that are comfortable for a night out, or a pair of beaten up sneakers no matter what the rest of the outfit is. But women always look all the way down to the shoes when checking out a man and will be distinctly turned off in the shoes do not match the rest of the outfit. Make sure you team you shoes with whatever you are wearing and make sure they are looking good, shined and polished. Do not scrimp on a good pair of shoes either, as, as well as being far more comfortable than their cheap brethren, a woman can spot a top pair of shoes a mile away and they will know you are a man of style, substance, and money.

Men do often think about watches, and they are a favorite accessory of most men, to the point that a lot of guys buy the most gaudy, gigantic, expensive timepiece than can afford and then have it sit on their wrist on show for the rest of eternity. Though they might think this is a signal of wealth to women, it mostly attracts men, either asking about the watch, or wanting to steer clear of swagger. Rather for women, something more understated but keeping in check with the whole ensemble is likely to show that you have style and a sense of grace.

Most of a man’s outfit is often quite plain. A jacket, trousers and a shirt is all you have to play with, and these are often quite dull. The way to add a little flair to such an outfit, and to make sure any girl takes a second look, is to add a little color to the accessories you might team with it. If you are wearing a suit, think about adding a bright tie and matching pocket square to make you stand out and look far better than every other guy around.